Death Stranding Game of the year on PS4 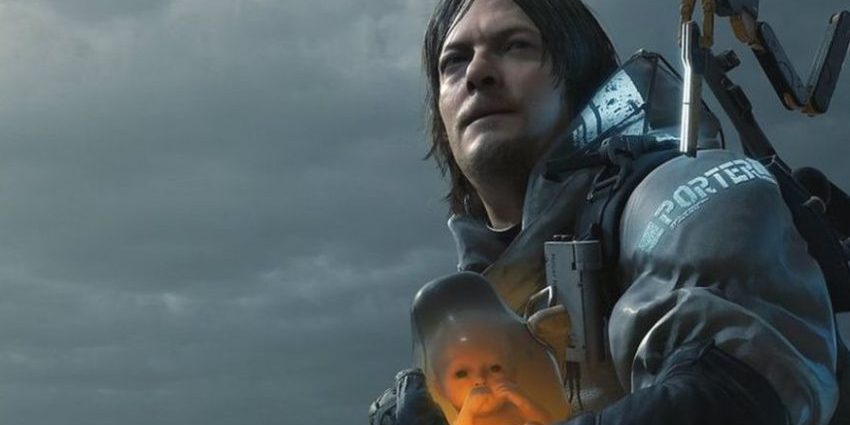 The latest creation by Hideo Kojima and his teams is a concept that is very difficult to summarise. Death stranding game surprises, often in a positive way, takes risks too. While remaining a playful object, it is above all a story to embody and a loneliness to tame. The bias here is clear: take the player out of his comfort zone to offer him an innovative experience. Not everyone will like it. But no one will remain indifferent.

The secret has been kept well since at the E3 show in 2016, Death Stranding Game had made its first foray outside the development studios. The project quickly aroused a certain curiosity, well fueled by the quasi blackout decreed around the game.

What was he hiding behind this premiere of Kojima Productions? What was the path that Hideo Kojima, star of this sector of activity, who left Konami, sought to explore? Knowing his reputation and his incessant research to surprise us with the game design, we could expect a destabilizing title, which the first images tended to confirm.

In a market where risk taking is more and more limited in view of the colossal investments of publishers, we can easily write that Death Stranding has gone against the grain of the majority trend.

Because since its release on November 8, the major game from Sony at the end of the year has confirmed that we could not really put it in a box with its new gameplay and its way of considering a post-apocalyptic universe. In fact, we do not only play Death Stranding, but we also experiment, as can be the case in the games of the Alsatian David Cage.

A concept which goes beyond the traditional framework of the video game to go to dock on the shores of the cinema or literature. Undefinable – we will try to do the best below – the last baby of Kojima is an invitation to a long journey. We advise you to finish even if the very essence of Death Stranding could put off those who consider video games as pure entertainment.

Before purchasing Death Stranding for PS4 , at bestpcgamer, we would like to remind you that this product may be available in different versions and formats, so we recommend that you always read the information in each store, such as the payment methods available, the regional blocking possible for certain versions, etc.

There are several versions and editions for this new open world action game from Kojima Productions, and like other PS4 games, Death Stranding can be available in PSN Key format, standard or physical format, or in account format. Use our filters to select the version that best suits your needs.

Death Stranding is far from being beyond reproach and, to tell you the truth, many chapters have started banging us down on the system… until the frame seriously begins to move our buttocks. Because if the concept is clearly new and it shows an impressive depth in its mechanisms, the story and the fabulous way of telling it with strong words and a delicious mystery undoubtedly remains the asset that he masters better. And if there is much danger as to the weariness of several of its episodes, others come to bring a breath of considerable fresh air which completely revives the rhythm of the adventure.