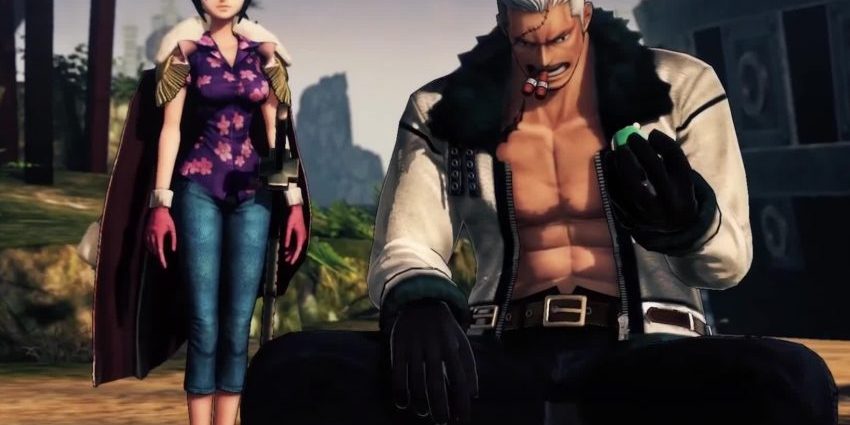 The events of the new game are dedicated exclusively to the original manga and tell the story of the adventures of a pirate and his friends in a country called Vano. This time, Luffy will fall into a series of new events, and you, together with the main character, can have fun from the heart, fight with numerous enemies, and even see firsthand the country described in the original story.

And the first thing to say is that the developers did a tremendous job on the game and created a really cool project. Now you will find not only battles stuffed with special effects, but also beautiful advanced graphics, unusual physics, colorful characters, new skills and abilities, and even several new characters.

Speaking of characters, the developers added two game characters. one of which was a guy named Zoro, and the second, a girl named Carrot. Naturally, each character is unique in its own way and has its own unique abilities. For example, Zoro fights enemies using his own personal combat style called Santoru. Well, Carrot has a unique mystical ability, which, when looking at the moon, can transform into a creature that combines animal instincts and incredible power.

The developers have worked on the outside world. Now you will find a huge world with spacious huge locations in which you have to fight with a variety of opponents.

And you will find a slightly changed dynamics of the gameplay. faster battles, advanced mechanics for pumping heroes, dialogs with different characters, screensavers, and much, much more. ONE PIECE: PIRATE WARRIORS 4