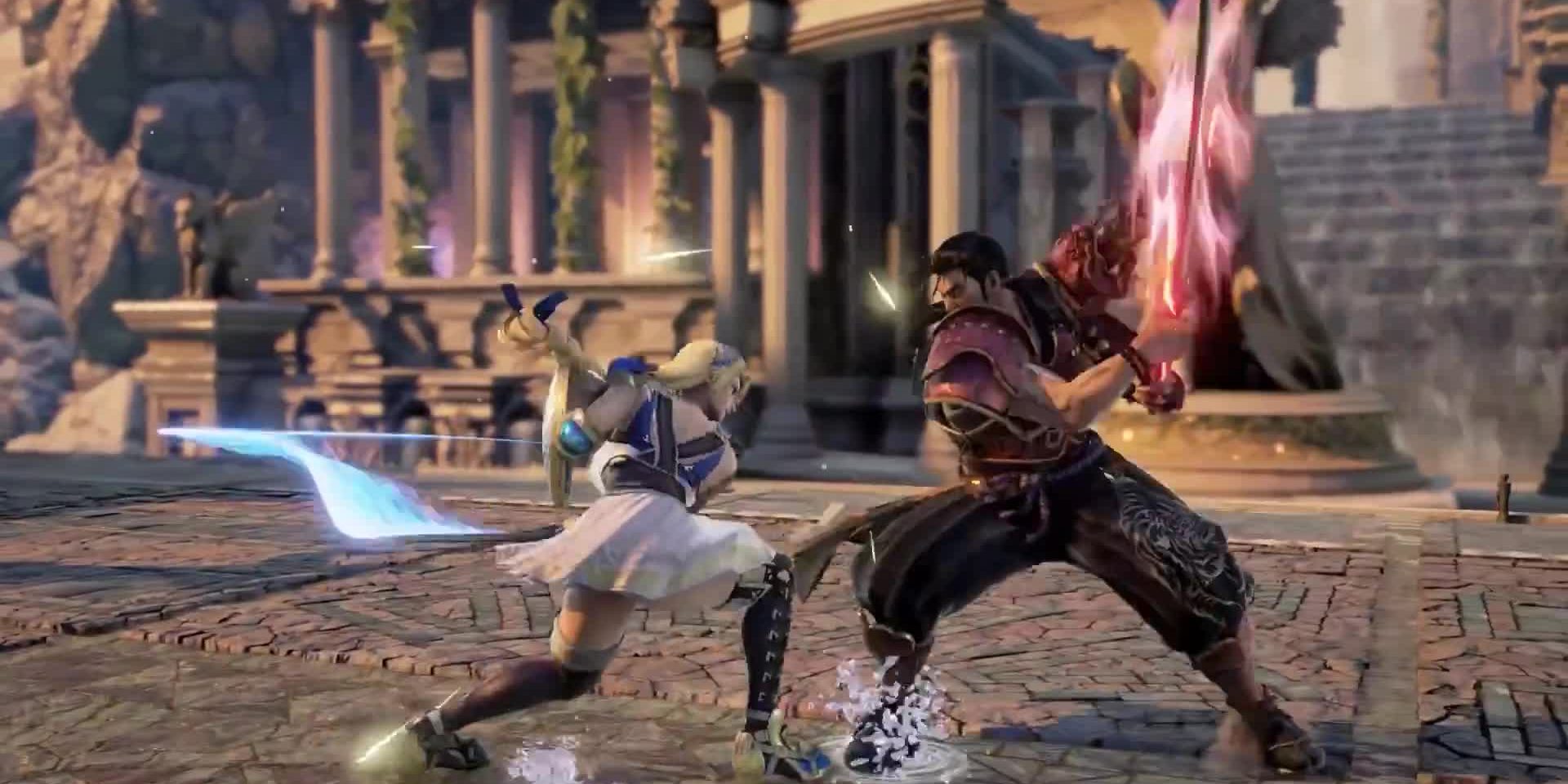 Soulcalibur VI is a continuation of a series of fighting games in which fighters fully use weapons. In it, the best warriors again wage an epic confrontation for possession of the legendary sword. Events develop in the sixteenth century, returning to the time period of the original game and revealing new details of what happened in those days.

Description: The sixth game in the series for the first time uses Unreal Engine 4, which allows to achieve high quality rendering of both the fighters themselves and the arenas. The fighting mechanics of the fighting game is expanded by the ability to carry out rapid counterattacks while fighting in a defensive style.

New battle system. Now you should not only follow the combo scale but also learn how to parry and counterattack. Use all bonuses, amplifications and increase the damage counter to cosmic numbers. Test your strength by mastering the various techniques of each character, and prove that you are the main champion here.

Network wars. Oppose your friends in friendly matches or prove yourself in the arena of the competitive mode, where you can join the battle with the strongest players from around the world. Create your fighter in the detailed editor and stand out from the rest, becoming unique in every way.

Guest character from another world. The smells of Skellige’s herbs reach you through the fine line of worlds, and Geralt of Rivia bursts into the arena – an expert on murders and hunting. Play the famous witcher and defeat all enemies in your path.